My first foray into designing on a computer screen was via cartoon or pixel dolls, which is like a digital version of old fashioned paper dolls. As I was going through some old accounts, I found a ton of pixel dolls I created back in the early '00's and decided I wanted to showcase them here. While I haven't gone back to this art in years, I did learn a lot from it. The biggest one is to always save your work and make backups of everything. My first website for showcasing my dolling artwork was hosted on Geocities, which is now defunct. And I lost a significant portion of the artwork I created. After Geocities died, I did not create a new site to showcase my dolls on though I still made new creations on a regular basis. I saved most of them in an old Photobucket account, which is where I found the dolls featured on this page. All of my doll creations were made pixel by pixel in Microsoft Paint. Bases are from now defunct doll sites, either Apitchou or Watermelon-Bubblegum.

To learn more about the now almost completely defunct dolling community that existed in the late '90's and early 2000's, check out the following articles: 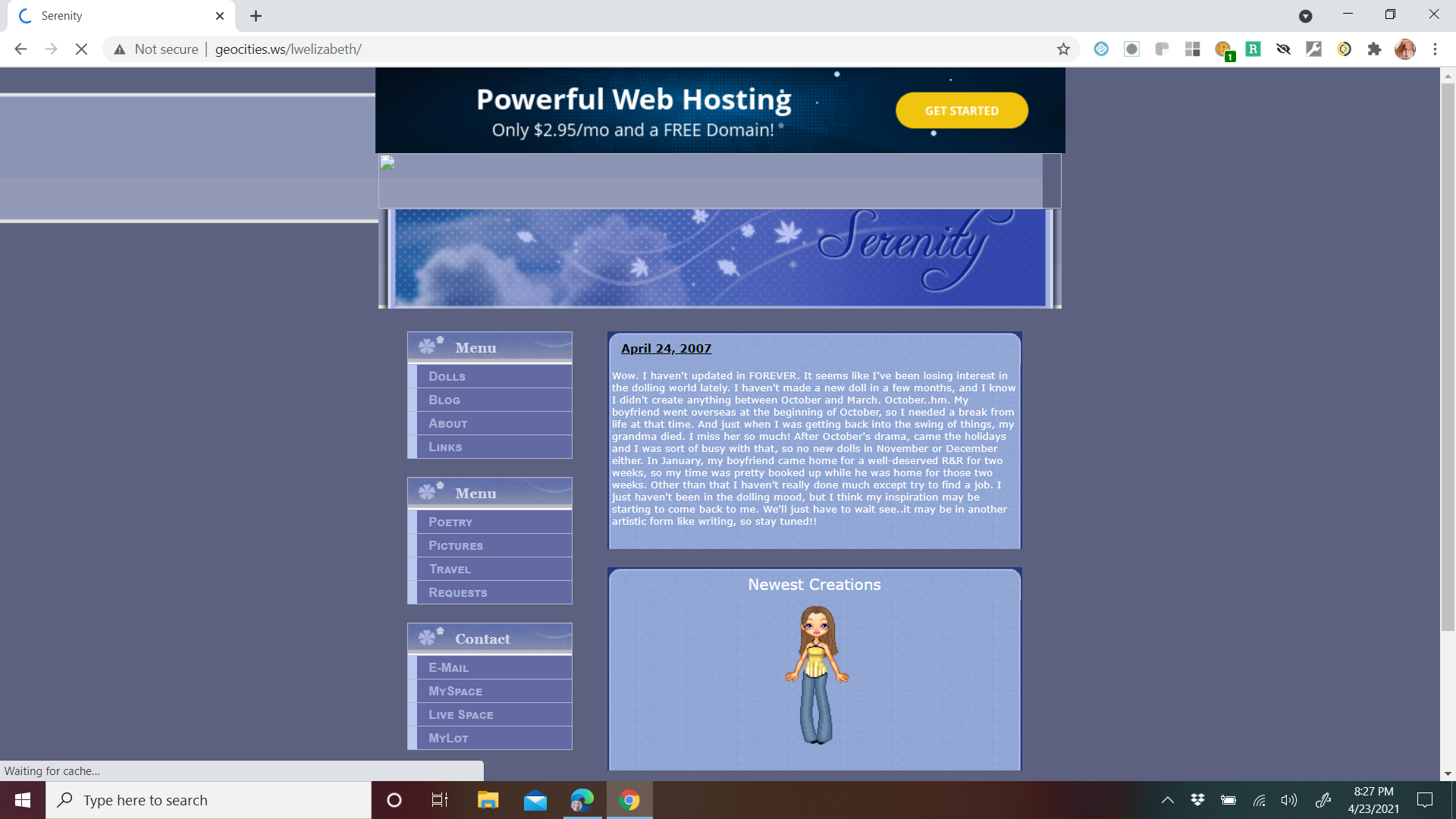 The only screenshot I have of my old dolling website, circa 2007.